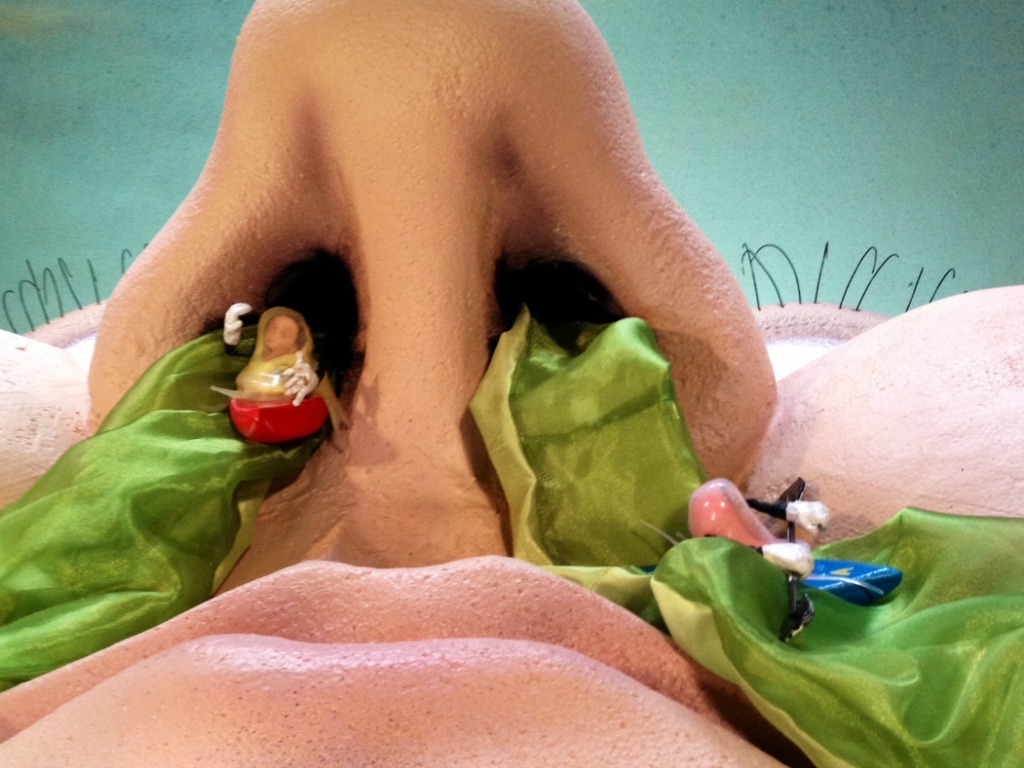 Director’s cut! Calgary’s Bleeding Art Industries creates a fun and whimsical Monty Python-esque stop motion animation to the Arrogant Worms song, River of Snot by the comedic musical trio The Arrogant Worms.  After the screening, director Leo Wieser and fabricator and animator Alyssa Moor will talk about their process and show some of the set pieces and props used in the animation.

Since 1991, The Arrogant Worms have written songs to make fun of our “big dumb world.” Luckily, the world is still dumb and The Arrogant Worms, (Mike McCormick, Chris Patterson and Trevor Strong), still have plenty to sing about including, rivers of snot. Their shows are fast, furious and family friendly. Their quick wit, biting satire and stellar musicianship, appeals to fans from kids to grandparents to Princess Leia.